CNIT is a non-profit Consortium, bringing together 37 Italian Universities to foster research activity in the field of telecommunications. CNIT participated in hundreds of research projects, including EU coordinated projects, ERC grants and Italian nation-wide initiatives. It operates a satellite network, three national laboratories (Photonic Networks and Radar & Surveillance Systems, in Pisa, Multimedia Communications, in Naples) and 37 Research Units, one for each participating university. CNIT’s contribution to SUPERFLUIDITY will come from the networking group of University of Rome, Tor Vergata. This group has a large expertise in EU projects, and played an active role in standardization, in fora such as IETF, ITU, OASIS and WWRF. The four faculties of the group have been evaluators for many EU research proposals and projects; they coordinated 7 EU projects worth 35M€, obtaining grants for their group worth 6.5 M€; their work has been cited more than 15000 times. In addition to scientific expertise, the group has the capability to build demonstrators and to organize workshops and conferences, and is active in the editorial and technical boards of several major journals and conferences.

In SUPERFLUIDITY CNIT is the Project Coordinator. 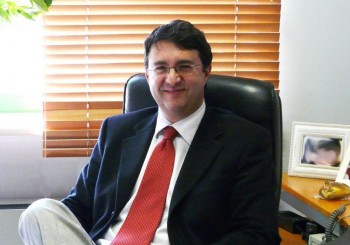 Nicola Blefari-Melazzi is Full Professor of Telecommunications at the University of Roma Tor Vergata. He is the Chair of the Department of Electronic Engineering. He participated in and continues to work with many projects funded by the European Union: 4th FP: INSIGNIA, MEDIAN, SECOMS and ASSET; 5th FP: AQUILA, ELISA, FIFTH, ICEBERGS, SUITED, and WHYLESS.COM; 6th FP: EuQoS, SATNEX, SIMPLICITY, SATNEX II, E2R II, DISCREET, and SMS; 7th FP: MOMENT, PRISM, CONVERGENCE, OFELIA, GREENICN, OPENLAB. In the SIMPLICITY, SMS and CONVERGENCE projects he has been the coordinator and PI for the whole consortium. He evaluated many research proposals and projects. He is author of about 200 papers, and he has often been a TPC member for IEEE Conferences and guest editor for IEEE Journals. 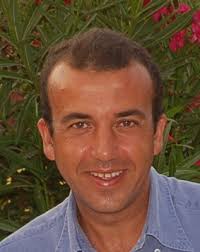 Giuseppe Bianchi is Full Professor of Networking at the School of Engineering, University of Roma Tor Vergata. His research activity includes IP networking, WLAN, privacy and security, traffic control, and is documented in about 180 peer-reviewed international journal and conference papers. He is widely recognized for his pioneering research work on WLAN modelling and assessment. He was general or technical co-chair for several conferences, among which IEEE Infocom 2014, ACM Wintech 2011, IEEE WoWMoM 2010 and 2007, and IEEE PIMRC 2008. He has a significant expertise in EU project coordination (general coordinator for FP6-DISCREET and FP7-FLAVIA, technical coordinator for FP7-PRISM, scientific coordinator for FP7-DEMONS). He will coordinate the recently H2020 funded project BEBA.